In 1958 Archbishop Joseph Hurley, then Bishop of the entire state of Florida, selected Father Joseph Daley to build a Mission Church on five acres of land on Siesta Key in Sarasota.  The Mission Church was built and offiially dedicated in 1960 and in 1968, St. Michael the Archangel became a parish to meet the needs of the expanding Catholic population in Sarasota, and in particular Siesta Key. 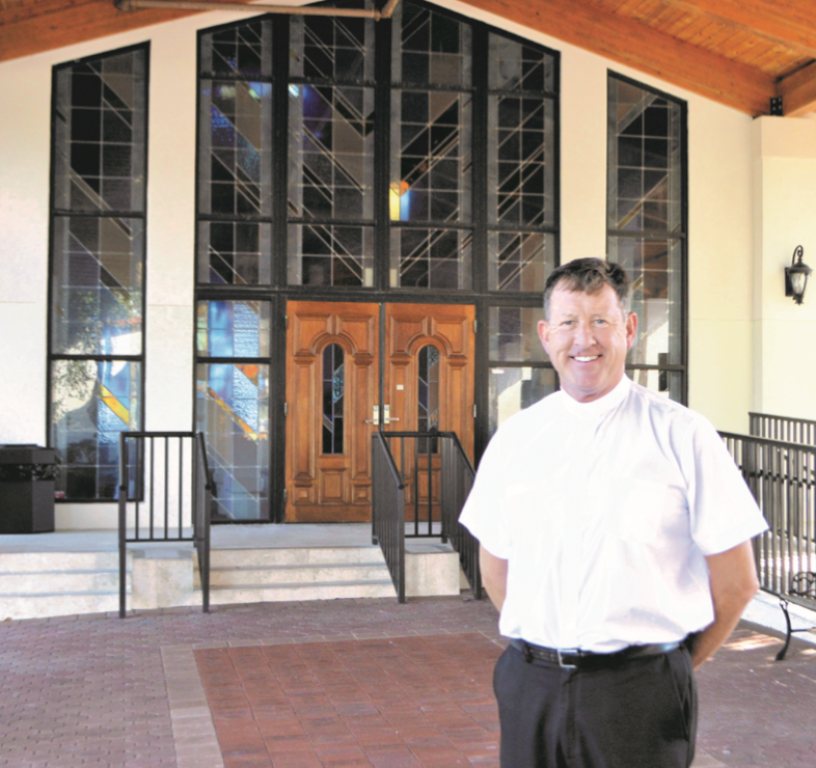 During the 1960s and 1970s, the St. Michael's Women's Guild, the sole organization of the Mission Church, played a crucial role on the growth, service, and devotion of the parish.  1964, Siesta Key was a small family community.

The original St. Michael's Parish Center had its groundbreaking on St. Patrick's Day of 1974 and served the community well until it ultimately had to be demolished in 2019 following a flood and numerous structural issues.

In 2020 a Capital Campaign titled 'Re-Ignite the Flame! Re-Light the Way! was launched to raise the approximately $6 million necessary to rebuild a new Ministry Center to serve not only the parish but the entire community.  Currently about half of the needed funds have been raised and we hope to break ground sometime in 2021.

When St. Michael the Archangel was first founded, it served approximately 40 Catholic families.  Today the parish serves thousands of year-round residents, part-time residents, and visitors from around the world.